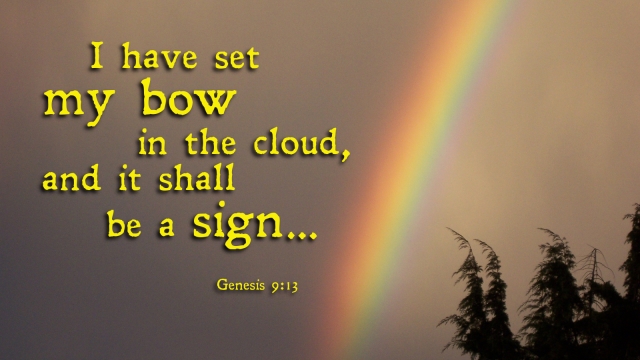 In the days of Noah, the evil nature of mankind had taken over every aspect of life causing God to pass judgment upon the world He once called good. Beginning with Adam and Eve’s banishment from the garden and following Cain’s killing his brother Abel, it became clear that creation had refused to honor God, instead choosing to honor itself. In so many ways, humanity chose to believe the deceiver’s lies over God’s truth. Creature became the object of worship rather than God. Yet even as Noah was a sinner, he found favor with God.

Scripture tells us that Noah “was a righteous man, blameless in his generation. Noah walked with God” In Noah we see that even as creation had fallen, there was one who accepted his status as creature and God’s as Creator. Throughout the narrative of the flood there is one refrain that repeats over and over; “And Noah did all that God commanded.” Noah realized God’s commands were promises for life. He heard God’s command, he followed and his family was delivered from the waters of the flood.

In the centuries following Noah, the world is still one that is fallen into sin. In terms of saving ourselves we are no better off today than were the generations before the flood. Still, the narrative of Noah shows the lengths God will go in order to save his people.

As we hear the words of prophecy concerning Jesus during Advent, we begin to understand that even as we cannot keep God’s laws, we receive His commands as promises for life. Even as we cannot save ourselves from sin and death, God brings salvation to His people through the one promised to be Savior. God invited Noah and his family into the ark as a means for salvation. Today, God invites the human family into his presence through the blood of Christ who is salvation for all of humankind.

Mighty and everlasting God, Just as you saved Noah and his family from the waters of the flood, we thank you for saving your people from their sin through Christ our Lord. Amen.